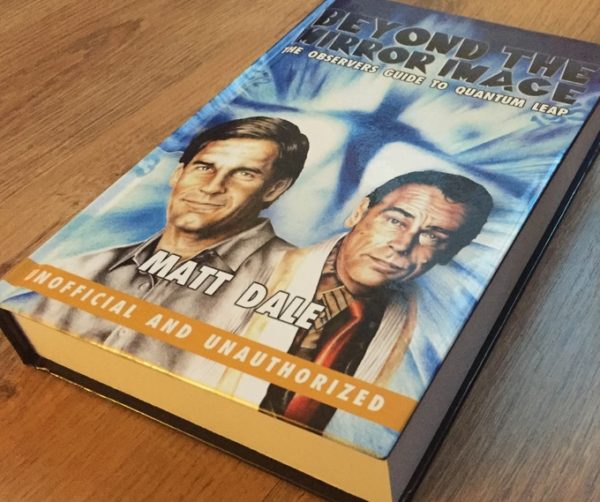 The Quantum Leap Podcast is proud to bring you an interview with Matt Dale and Kevin West, the creative team behind the upcoming Quantum Leap book:

Beyond the Mirror Image: The Observer’s Guide to Quantum Leap.

Author Matt Dale launched the Doctor Who website millenniumeffect.co.uk in 1998 and has been writing detailed analysis of TV series ever since. He’s most well-known for covering Doctor Who spin-offs Torchwood and The Sarah Jane Adventures — the Saw films — and the Jeff Wayne concept album The War of the Worlds, amongst other things.

Kevin West has been Matt’s collaborator for 20 years, contributing articles to TME and creating TME Books in 2006.

Matt came up with the idea for Beyond the Mirror Image after decades of knowing a little bit about Quantum Leap and waiting for an official book that would tell him everything….

While he waits, he has written this unofficial but extensively comprehensive show guide. And both Matt and Kevin have taken the time to tell us all about it.

The book is available for preorder now exclusively through the Beyond the Mirror Image Kickstarter Page.

So please listen as the Quantum Leap Podcast takes you Beyond the Mirror Image.