Michael Gregory is an actor who appears in many character roles in television and films, and has done a lot of voice acting.

He played Dr. Rick Webber in episodes of the soap opera, General Hospital, from 1976 to 1978, and played Nikolai in three episodes of Dynasty in 1985. Though born in Argentina, Fabiana Udenio grew up in Italy and at the age of 14 was crowned Miss Teen Italy. She began her professional acting career that same year. She has worked as a character actress for more than 20 years, often playing the foreign beauty, whether it be Italian, Brazilian or Ukrainian. She has worked extensively in film and television with starring roles in such movies as Summer School (1987) and Austin Powers: International Man of Mystery (1997) and recurring roles in series such as Mad About You (1992). Babylon 5 (1994) and The Magnificent Seven (1998). She starred alongside C. Thomas Howell and Carol Alt in the syndicated series Amazon (1999) and guest-starred in dozens of television shows, including Cheers (1982), NYPD Blue (1993) and Baywatch (1989).

Fabiana played the role of Eva Panzini in the Quantum Leap episode Leaping in Without a Net – November 18, 1958 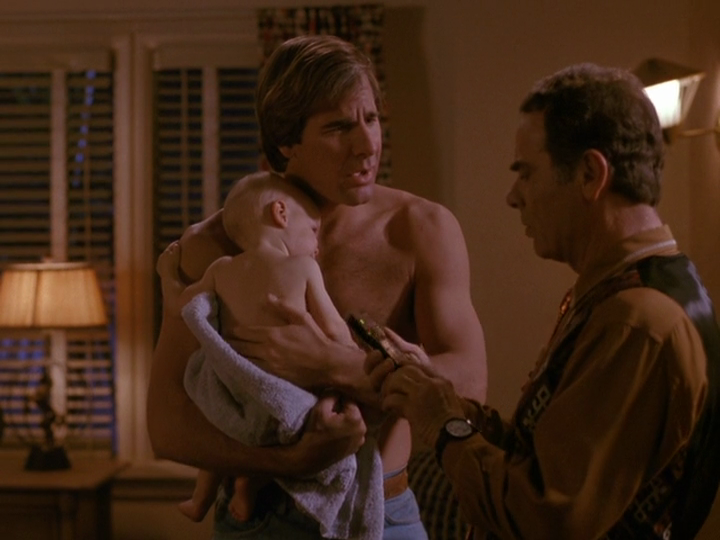 Chris DeFilippis, Author of the Quantum Leap Novel Foreknowledge,  The Seeker: A Novella of T.R.U.T.H., and creator of deflipside.com is welcomed to The QLP crew as a writer and segment producer, with his segment Quantum Reboot. A segment on car seat safety, and an article from Hayden McQueenie about the Quantum leap clip show that might have been. “Beyond this point there be dragons.” Quantum Leap: The Impossible Dream is an original audio drama created by Jill Arroway and produced by Albert Mark Burdge, in association with The Quantum Leap Podcast and Barren Space Productions. The story centers around a new leaper, named Amber Leigh, and her neurological hologram husband, Ryan. It continues in the Quantum Leap universe of Dr. Sam Beckett and Rear Admiral Al Calavicci, but is set in 2017, and they have solved the problem with leaping: Amber has the ability to leap home after her mission. They live The Impossible Dream. Get the custom RSS and iTunes links for Quantum Leap: The Impossible Dream here…